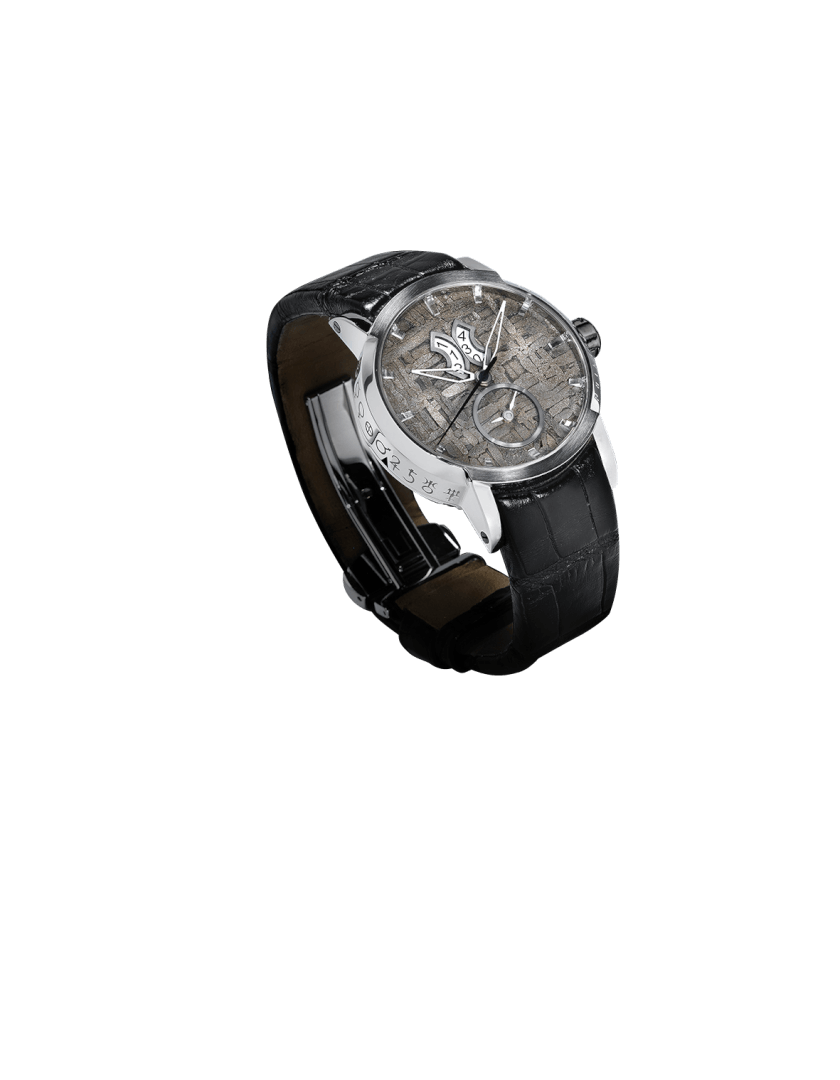 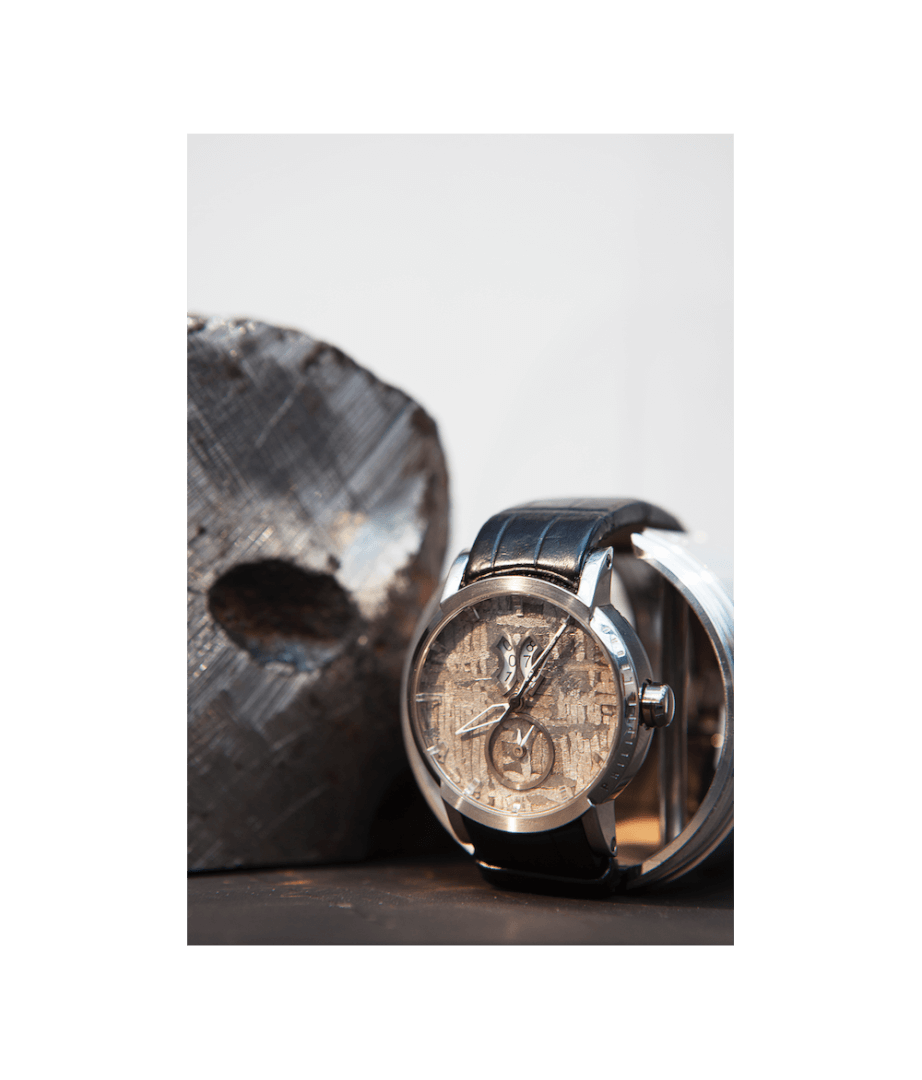 An exceptional watch imagined and created by Philippe Lebru. The basis of this project is a fragment of a 4.5 billion year old meteorite cut, polished and machined (in the Jura region of France) that forms the dial of the watch. The additional plate of the movement is of Franc-Comtois realization and allows the indication of a big date at noon and a double time zone H,Mn at 6h. The time base is Swiss. As an option, the watch comes with a certificate of authenticity and the “Tête de vipère” hallmark attesting to its chronometric quality, issued by the chronometric service of the Besançon Observatory.

Only eight pieces, numbered and authenticated.

A rough case, which looks as if it has been carved out of the mass, houses a massive dial made of machined and polished meteorite. Time markers like ice crystals illuminate this rocky surface streaked with lines of material. All the elements are born of discretion and make this watch a model of sobriety and refined taste.

During the formation of our solar system, a planet located between MARS and JUPITER was formed and then exploded into particles to join the asteroid belt. A cluster of meteorites from this planet landed at Cape York, Greenland about 10,000 years ago. This meteorite, of type “Ferreuse”, is composed of 92% of iron and 8% of nickel, with traces of germanium, gallium, its heart of structure “crystallized metal” confers a beautiful esthetics to him.l’Observatoire de Besançon, sciences and of the universe, is part of the only three organizations in the world entitled to deliver the title of chronometer. The chronometer certification consists in controlling the high precision of mechanical watches. The chronometric control is part of the missions of the Observatory since its creation in 1878. The watches undergo a series of tests during sixteen consecutive days. If the measurements obtained are in conformity with the standard, they obtain the title of mechanical chronometer. The Observatory then issues a report card stamped with its mark: a viper’s head, a hallmark created in 1897. It is an original “label”, a symbol of excellence, with guaranteed quality, imbued with a historical and cultural heritage sought after and envied throughout the world.